Mario Party Superstars has arrived on the Nintendo Switch, offering 5 nostalgic game boards and 100 of the best mini-games from the series’ history. In addition to providing exciting gameplay for players of all skill levels, Mario Party has earned a reputation for being one of the most gleefully competitive multiplayer franchises around. Especially when you have a group of close friends gathered around, matches of Mario Party Superstars can get pretty intense. To overcome all opposition and frustrate your friends in the process, you’ll want to be well-informed on the best ways to play.

Despite its casual appearance, make no mistake, Mario Party Superstars is a game that rewards skill and strategy above all else. Many players assume that winning a match of Mario Party comes down to general luck, but by staying ahead of your opponents, you can outwit them and nab the victory. Right from the start of any match, we recommend plotting out a strategy and sticking to it. Whether it’s obtaining the most coins or trying to sabotage a skilled opponent, always have a game plan when rolling the dice.

If you structure your gameplay around a general attack strategy, you’ll spend fewer turns trying to assess the right move and more time executing your objective. There’s no worse way to spend a turn than to idly roll the dice and wait for the outcome. If your initial strategy isn’t working, don’t be afraid to adjust it as the match plays out. Sometimes it’s not about how smart you are but how adaptable you can be when the chips are down.

There are five unique boards in Mario Party Superstars, each one offering different strategies to employ. For example, the first board, Yoshi’s Tropical Island, features two Thwomps that protect their respective bridges. Players will need to cross these bridges regularly, as the location of the star is swapped; someone lands anytime on an Event space. Use these board-specific rules as a way to outsmart your opponents. For example, if you have a high lead in coins and want to block opponents from crossing the bridge, set the Thwomp toll at a price that’s outside their limit.

Some maps have more luck-based differences, such as the planting Piranha Plants on Peach’s Birthday Cake, so always have a backup plan. With enough practice and creative thinking, utilizing board-specific strategies can make some matches much easier. This is especially true when playing on boards like Woody Woods and Horror Land, as preemptive thinking can force opponents to waste turns, move in the wrong direction, and generally play into your hand. 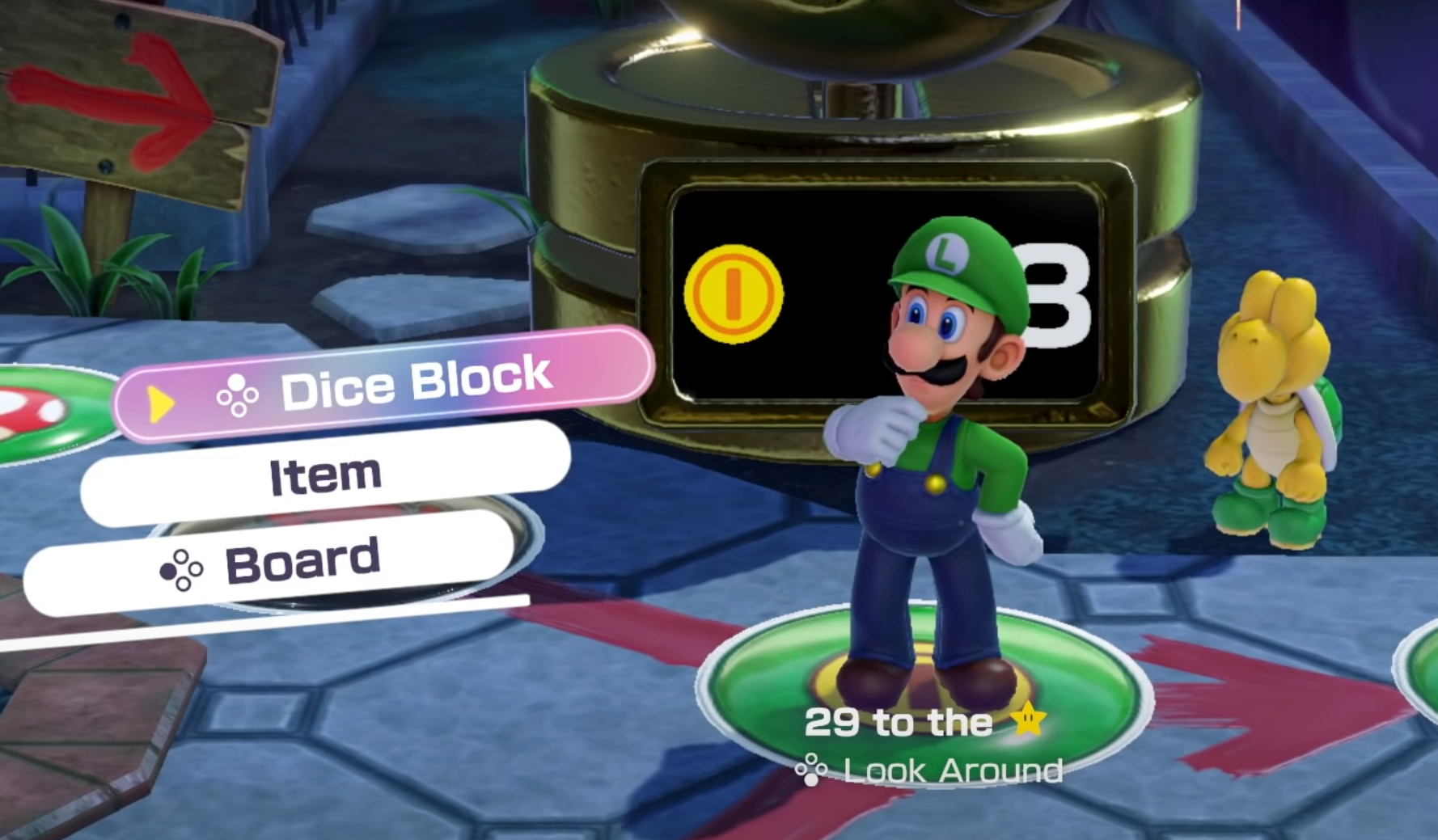 There are a variety of mini-game formats in Mario Party Superstars, including 2v2 games, 1v3 games, and even 1v1 duels. However, the best place to assert your dominance and assess the competition is during free-for-all, four-player mini-games. Especially when playing online, there will often be one player that rises to the top, dominating free-for-all mini-games whenever possible. If this isn’t you, then use the first few seconds of any free-for-all mini-game to figure out your prime target.

When playing iconic mini-games like Bounce ‘n’ Trounce or Bumper Balls, don’t rush right in at the start. Instead, wait for a few seconds and try to identify who the most aggressive players are. If you start focusing on eliminating them, you’ll do yourself a great service later on. While this tip doesn’t exactly work for mini-games like Chip-Shot Challenge or Pushy Penguins, it can be invaluable in games like Booksquirm and Snowball Summit.

The Item Shop is one of the most useful spaces you can cross on any Mario Party board, but you’d be surprised how many players pass it up or ignore it completely. It’s especially beneficial if you have a surplus of coins, as the right item can make or break a match entirely. Even if you’re low on coins, powerful items like the Double Dice or Triple Dice can help you get to your target space faster. It’s always good to keep inexpensive items like Mushrooms and Skeleton Keys on hand, as Mushrooms negate the effects of enemy items like Cursed Dice Blocks while Skeleton Keys provide the opportunity for genius late-game strategies.

We also highly recommend grabbing a Custom Dice if you’re looking to make big-brain plays, as they allow you to pick the exact number of spaces you want to move on a given turn. With proper planning, you can use a Custom Dice to land on an Event Space at the right moment, blocking your opponents from accessing the star.

Although it’s important to have a game plan at the start of the match and effectively sabotage your opponents, one of the smartest things you can do is go for the long-term Bonus Star strategy. In classic Mario Party, Bonus Stars are awarded at the end of a match, given to the players who fulfill certain requirements while playing. In Mario Party Superstars, matches can be played with Bonus Stars toggled on or off, but a traditional setup always includes these end-game goodies. Traditionally, Bonus Stars are awarded to the player who wins the most mini-games, collects the most coins, and lands on the most Event Spaces.

Mario Party Superstars introduces a few new Bonus Stars, including some for moving the least amount of spaces, buying the most items, or landing on Bowser Spaces. While playing, it’s important to keep these Bonus Stars in mind, as they’re an easy way to secure the win against unassuming opponents. For example, landing on a Bowser Space might be worth it if you are feeling lucky and other players haven’t landed on any yet. Likewise, splurging on cheap items even if you don’t plan on using them is also an easy way to pick up a potential Bonus Star. Ultimately, you’ll never know which Bonus Stars will be granted after a match, so this is a risky strategy that doesn’t always pay off. However, if you manage to succeed, a victory by Bonus Star is often one of the most rewarding experiences you can have in Mario Party Superstars.

Stardeus Beginner’s Guide: Tips and Tricks to Get Started

Starsand: Beginner’s Guide, Tips And Tricks To Get Started

Trash Sailors: Beginner’s Guide – Tips and Tricks to Get Started