Valheim - How To Build Your First Base - MGW | Video Game Guides, Cheats, Tips And Walkthroughs

How to Build Your First Base

Your first proper base will be a multi-day project. You can make a simple hut, yes, but why not build something that will last you a lot longer? Either way, don’t forget that you can always tear down your construction and start anew!

The first thing you’ll want to do is craft a Hoe at your Workbench. The Hoe lets you build paths, level out the land, and even raise land (but only if you’re near a Workbench and have some Stone in your inventory).

Step 2 – Clear An Area for Your House and Walls

You’ll want a proper house with four walls, a door, and a roof. You’re also going to want to build a basic wall around your house. That means you’re going to need some space to build.

If you’re lucky, you’ll have an open plain nearby and you won’t have to chop down too many trees. In my case, I had to cut down a lot of trees. Either way, you’re going to want to chop down all the trees you can so you have a nice, wide area to comfortably build.

A word of caution: falling trees can injure or even kill you! They can damage buildings, too, and that’s why you want to clear the trees around your base before you build it — you don’t want a tree to slam into a building and cause it to fall down. Buildings also have a structural integrity mechanic — destroy the walls, and the roof might collapse!

In my case, I ended up with hundreds of Wood. You can only carry so much stuff, so use your Hammer to build Wood Piles to save it for later. You’re going to need it when you’re building your base!

Step 3 – Level Out the Land with a Hoe

Your next step is to level out the land with a Hoe. You can chop up any fallen logs (or roll them out of the way). You can’t do anything about the big rocks just yet, so you’re going to have to build around them.

Use the Hoe to flatten out the area as best you can. You’re not going to get perfectly level ground. Don’t worry about it — your first base is meant to help you get started. It doesn’t have to be an architectural masterpiece. 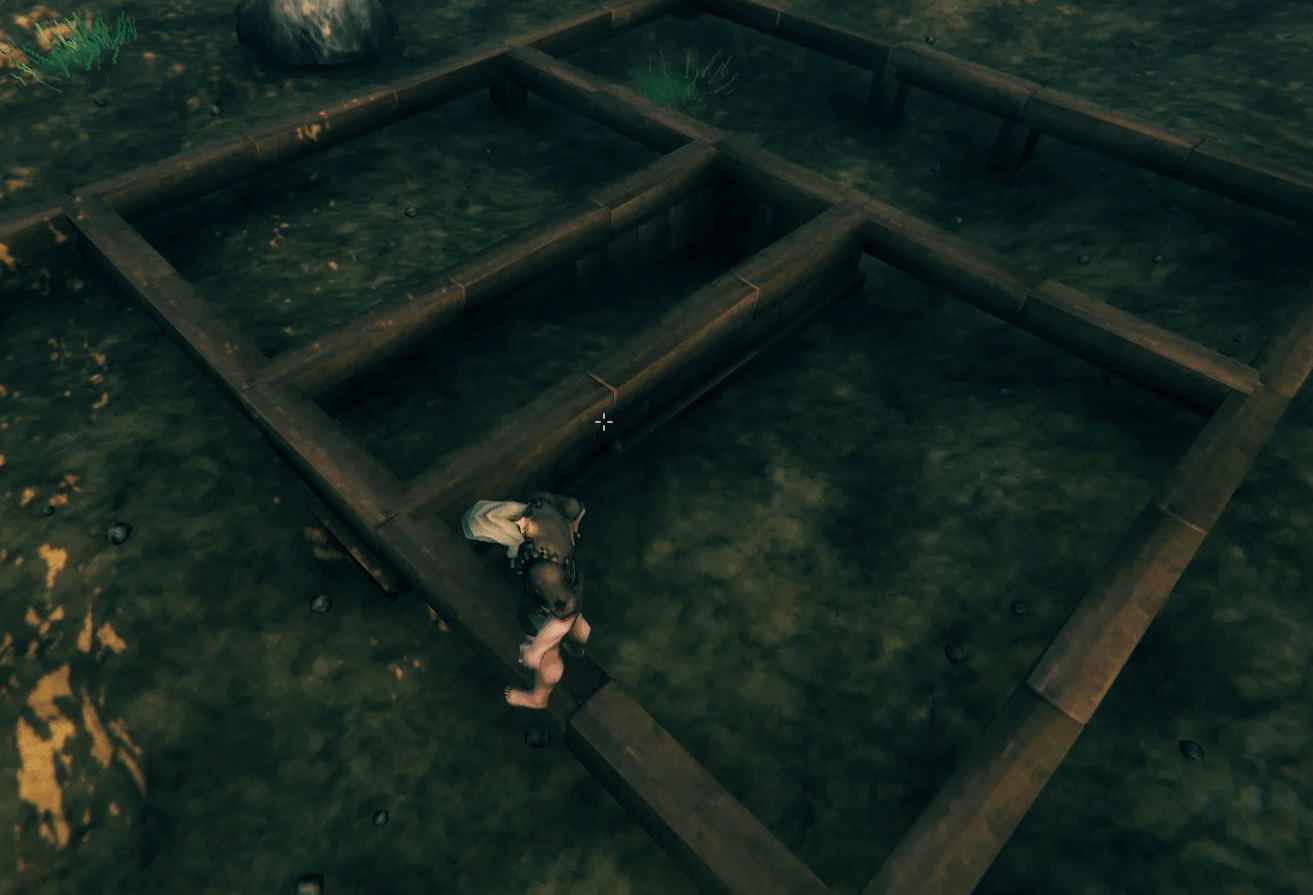 Plan out the floor of your base before you actually build it.

Next, it’s time to plan out the footprint of your building. You could place floor tiles on the ground, but the uneven terrain means that you’re probably going to end up having a dirt floor. Instead, I recommend that you build a small vertical beam and then a framework for the foundation. A 5 tiles x 5 tiles footprint should be more than enough space for the beginning of the game, but you can certainly build it larger if you’d like to.

Once the foundation is planned out, build some floors. Keep in mind that you can’t put a campfire on a wooden floor — you’re going to need a hole in the ground so you can place it on dirt. In my case, I went for multiple fireplaces so I could cook more than 2 items at a time.

Now comes the hard part: the roof. You might not be able to build the whole thing from the ground. If you can’t reach up high enough, build a Ladder so you can get closer to where you’re building.

An important note on Campfires — if you build a Campfire indoors, you’re going to need ventilation. Smoke building up indoors can actually damage you in the game, so make sure to have windows and/or a hole in the roof so the smoke can vent.

Step 7 – Surround Your Base with a Sturdy Wall

Your next step is to build a Wall. Monsters can and will attack your base eventually and you’re going to want an additional layer of defense to hold them back. Walls cost a lot of Wood, so you might need to chop down a lot of trees to get it done. Don’t forget to build one or more gates so you can actually get outside!

You might encounter the borders of the Workbench construction zone when building your wall. If that happens, build another Workbench nearby to extend the building zone. You can dismantle the Workbench later and the Walls will still stay up.

Your final construction project in this Valheim Guide is to break down your old Lean-To and move all of your stuff inside. After that’s all done, it’s time to get moving on upgrading your gear and fighting the first boss! 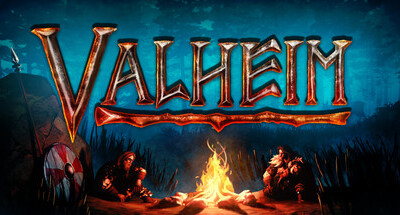 Valheim - How to Breed Boars Effectively

Valheim - How to Remove & Increase 10 Player Cap in Multiplayer