“Collect all pieces of an ancient artifact and let the Storyteller reforge it for you.” ― There are multiple occasions to obtain this achievement. The fastest is to complete the Necklace of Double Crosses by gathering the 7 Scorched Fragments of a Necklace during Chapter 1. The locations of each fragment are the following, in no particular order:

Ancient Tomb → examining the body of one of Tartuccio’s mercenaries after the fight.

Thorn Ford → southwest of the map, under a pile of twigs on the west side of the river.

Old Sycamore → southeast of the map close to the Kobold entrance, on a body.

Old Sycamore Caves → at the top level, under some rocks in the southwest corner.

Old Sycamore Caves → at the bottom level, near the dead giant spider’s, under some rubble.

Three Pine Islet → next to the small tombstone, just watch out for the traps around it!

Trail in the Hills → southeast of the map, under some rubble.

The necklace can be reforged by giving all 7 fragments to the Storyteller at the very beginning of Chapter 2. He can be found in the Throne Room, standing next to a pillar close to the exit. 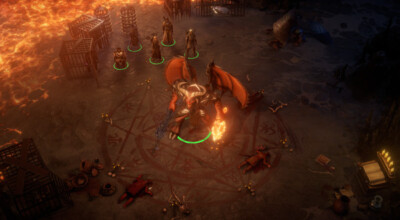 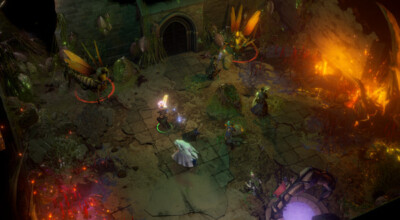 Pathfinder: Wrath of the Righteous - How to Use Custom Portraits

How to Fix PC Crashing or Black Screen on Launch Issue in Pathfinder: Wrath of the Righteous