The competitive survival game Rust has taken the world by storm since its release in 2018. Facepunch Studios’ smash hit is in its 8th year (including Early Access), and now includes more content and features than many players will ever be able to interact with. Over 300 content updates, to be precise. With all of its time on the market and the hundreds of thousands of players who have graced its servers, you might think that every secret in the game has been uncovered. That might be true for some, but not all.

If you’re fairly new to Rust or if you’re just looking for something new to try out, you’ll probably find it in this guide. When you’re ready to jump into the wilderness and fight for your survival, pick up something to cover your naked body, and let’s get started!

If you’ve played Rust for any length of time, you know you can get into some situations where running away is the only real option. When you have to do this, it can be scary not knowing if your pursuers are catching up to you or not. Thankfully, there is a way to check behind you while you continue to run like hell. All you have to do is hold the “Alt” key and look around. This will keep your current trajectory and pace while allowing you to look all the way around you. No more needing to guess when it is safe to stop running.

When you’re out collecting scrap from various sources, you might be just walking past road signs. You can do this of course, but if you break road signs down, they will drop both metal pipes and signs that you can pick up. These are useful crafting materials or things you can turn into scrap, so why would you ignore them if you’re out collecting things anyways? Go ahead and look for signs next time you’re out scavenging, there’s nothing wrong with bringing extra materials back to base.

When you sprint in Rust, you make an awful lot of sound. Whether you’re running on dirt, or even worse, water or wood, players will be able to hear you from a mile away. When you’re trying to slip by unnoticed, this is not ideal. There is a way to move quickly while being completely silent, and it’s actually a pretty silly-looking movement. If you sprint and repeatedly tap the crouch button (typically “Ctrl”), your character will bob up and down, but their movement will be totally noiseless. The movement will probably draw some attention, but if their backs are turned, they’ll never hear you coming.

For the die-hard Rust fans, the developers of the game have created an app called Rust+. Available for Android and iOS, this app provides you with constant connectivity to your Rust server. As the game is persistent whether you are playing it or not, you might be constantly worried if your base is being attacked while you are at work or school. Rust+ will give you an alert when your base is under attack, among a host of other features. Group chat for your teammates, a map with all of their locations, and you can even control smart devices like cameras that are attached to your base. 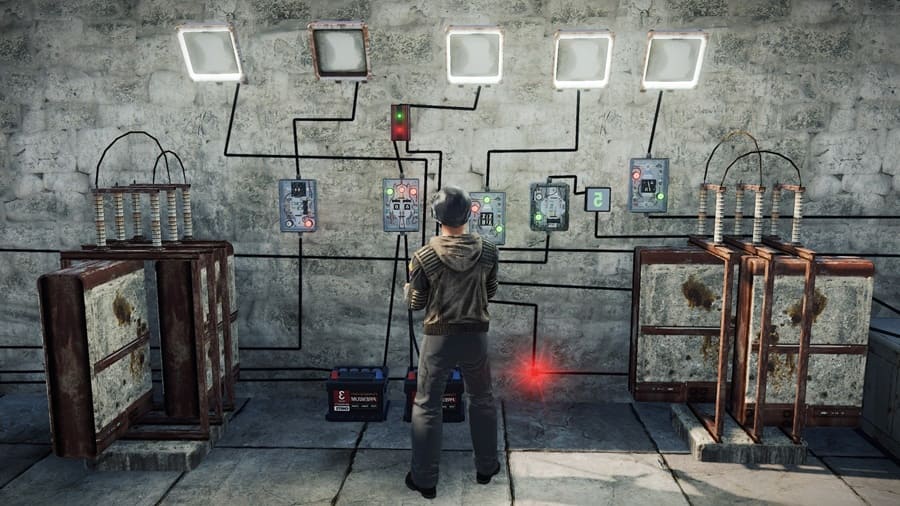 When you collect materials in bulk, you will get to a point that the number of items you are holding in a stack is a little unwieldy. If you wanted to hand off some of that stack to a  friend or teammate, there is a super-easy way to do it. If you hold the middle mouse button while you click and drag the stack, you will take exactly half of the available items in that stack and form a new one. You can continue this process to make even smaller stacks, should that be a feature you need.

When you have a fully fortified base, you will occasionally get other players who camp outside your airlock to shoot you down and run inside to steal all of your goods. This can be an annoying occurrence, but it is also easily avoidable. If you have 2 airlocks, you can place the first one with its hinge on the right and at an angle to the second one which will have its hinge on the left. That way, when you open the first and second airlocks, the first door will block the other player’s entry to the base, even if they kill you. Then, you can respawn and take them down for quick revenge.

A Beginner’s Guide to RAILROADS Online! – Tips and Tricks

Haven – Where is the Hyper Rust?