The map before you is filthy with hidden enemies that you may not detect until it is too late. While every city or outpost in the region will have defenses waiting for you, there are also many enemies roaming freely. Unless you wish to blindly stumble into these ambushes, take some time to discover or intuit their locations and travel routes.

The yellow bar above an enemy indicates its combat readiness – once it ticks down and disappears, the enemy will take off and try to track or engage you.

Enemy Strike Groups are heavily armed squadrons that move between cities along established routes about once per day. If you fly within their detection range for too long, they will discover your location and report it to their high command. Nearby Enemy Strike Groups will then speed towards you and even fire long-range missiles when within close enough proximity.

Transport Ships are also constantly moving between cities on your map but usually have lighter escorts. These can be excellent opportunities to capture an enemy transport to provide additional funds for your long campaign.

Aircraft Carriers and Missile Carriers are also lurking around the map. Aircraft Carriers can deploy attack planes from 2,000km away so are important to avoid or destroy, otherwise, you’ll need to manually shoot down the pesky jets when they reach you. Missile Carriers can also attack from long range – when a missile reaches you, you have a chance to shoot it down manually (as shown in the screenshot next page). You control your command ship, and your other aircraft will automatically shoot at the missile. Be careful not to hit your own people!

You are well-advised to avoid Enemy Strike Groups and other enemies as much as possible. At first, you won’t know their locations, so they are effectively invisible on the map. You can, however, start to find clues and make notes on your map to mark out likely locations. The main way of doing this is to intercept enemy radio transmissions that may unknowingly divulge their current or future routes.

The other way you might pinpoint Enemy Strike Group locations is by capturing the enemy’s troposcatter communications stations. There are several of these spread around the map and each one may provide priceless intelligence about movements in the area. When you happen upon a comms station, try sending a Strike Group of your own to capture it. After leaving it, you will have several Intelligence Tips available in the top-right corner of your map view.

Click on any of the Data Types to reveal the location of that kind of enemy (e.g. SG = Strike Group, TAC = Tactical Asset, Trade = Transport ship) at the cost of one Intel Tip. The enemy location will appear in red on the map – hovering over it may also reveal its route in red, as pictured below. If the station has no Intel of that type left to give, it will emit a dull sound instead but not use up one of your Intel Tips.

When your Main Fleet or one of your own Strike Groups engages with an enemy, occupied city, or outpost on the map, you will enter an action-based Combat phase where you directly control each ship to shoot down the enemies. 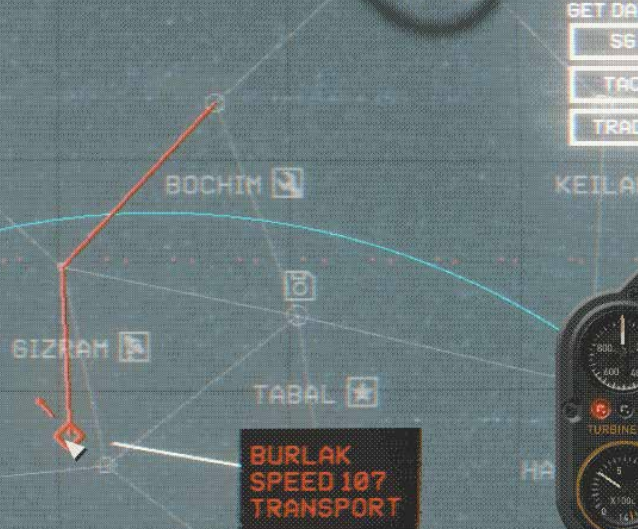