One of the biggest ways to customize your character in any Call of Duty game has always been the perks setup, a feature unique to the multiplayer modes. Perks are the foundation for whatever build you’re going for, and form the basis of your playstyle. You won’t run a juggernaut class if you don’t intend to get shot, and you won’t run a silenced class if you don’t intend to hide. In this Call of Duty Modern Warfare Multiplayer Perks Guide, we have detailed everything that you need to know about perks in Multiplayer mode of Call of Duty Modern Warfare. We also share a list of some of the best perks to use in the game.

We have detailed all perks below along with their boosts and bonuses; 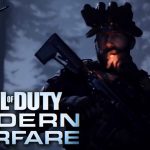