Going Through the First 30 Levels

For the first 30 levels, you can just run through the story quest (the quest with the big green square), this should give you enough experience to be at an appropriate level for each region you travel through. During the course of these quests, you will get infusions and awakening scrolls to upgrade your starter gear.

Where these side quests are varied between each playable race but the key here is to notice when the tutorial opens up telling you about specific items and actions. When that happens it is usually because a side quest nearby will hand out a reward related to the tutorial tip. For example, when you follow the story quest and come to a location where the tutorial tips you about gliders, you should see an NPC close by that has a quest (or chain of quests) which ends with you getting a glider.

Doing the side quests in level 1-30 regions is a waste of time if your goal is to hit end-game ASAP. However, I would recommend doing at least some of the side quests as they can reward you with useful stuff like mounts, gliders, boats and more.

Of course, if you’re just enjoying the ride, then, by all means, do all the side-quests. Some of them are even fun to do. 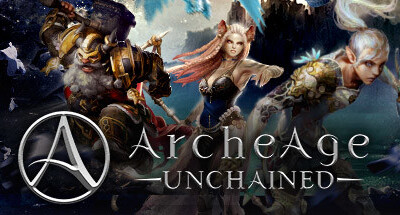 ArcheAge: Unchained – What are Diligence Coins?

ArcheAge: Unchained – How to Activate your ArchePass

ArcheAge: Unchained – What are Illegal Farms?

ArcheAge: Unchained – How to Set Recall Points With Memory Tomes